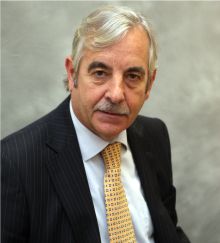 Andy worked as a busy and successful Court practitioner, ultimately establishing his own practice concentrating on criminal work. Having called at the Bar, he established a busy practice specialising in serious criminal cases before being appointed an Advocate Depute by Lord Rodger of Earlsferry. This post involved decision making in the most serious cases in Scotland and the prosecution of a number of high profile cases, most notably the successful prosecution of HMA v Agutter – attempted murder of his wife by means of atropine introduced into gin and tonic, covering his tracks by contaminating bottles of tonic in general circulation with a lesser concentration of the poison.

In 2014 Andy took up a post at the Ministry of Justice which involved Crown Court trial work and undertaking advisory work for Government departments and solicitors’ firms around the country. In addition to general work, Andy spent time on secondment to the Criminal Cases Review Commission advising on a number of cold cases.

Andy returned to full time practice at the Scottish Criminal Bar in January 2020.