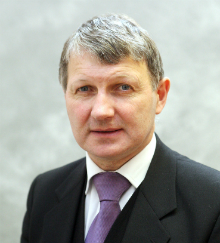 Following a varied career with the police force, the Procurator Fiscal Service and as a solicitor in private practice, David called to the Bar in 1999.

An extremely well instructed senior junior, David has an extensive practice particularly in the North East of Scotland. Regularly appearing in both the Sheriff and High Court, David is experienced in all areas of criminal law. David’s training as an accident investigator, which was gained while serving as a police officer, has proved invaluable in numerous prosecutions under the Road Traffic Act.

David’s professional yet affable approach makes him an extremely popular choice with solicitors and clients.

HMA v AM – originally charges involving £3.3 million financial investment fraud which was substantially reduced after negotiation with the Crown