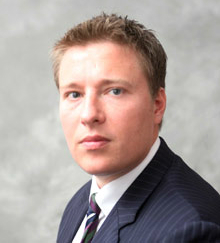 Gareth called to the Bar of England & Wales in 2002 and became a tenant at Lincoln House Chambers in Manchester shortly thereafter. Over the course of approaching 10 years he developed a successful practice encompassing all areas of criminal law. He was regularly instructed by defence Solicitors and the Crown Prosecution Service in jury trials involving serious violence, sexual offences (often involving children), controlled drugs, offensive weapons (including prohibited firearms), dishonesty (including fraudulent trading), offences against public justice and road traffic offences resulting in fatality. He also frequently acted alone as defence counsel in the Court of Appeal (Royal Courts of Justice, London).

In 2011 Gareth called to the Scottish Bar. Since that time he has developed a successful and busy criminal defence practice and is regularly instructed at both first instance and appellate level.

In 2014 he was appointed a First Tier Tribunal Judge of the Social Entitlement Chamber for Scotland and more recently of the Immigration and Asylum Chamber – a UK wide appointment.