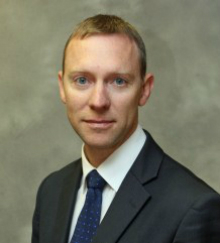 Iain called as an Advocate in 2014. With extensive court experience as a solicitor, he now defends high profile cases in the High Court, including attempted murder, rape and sexual abuse cases. He presents appeals against conviction and sentence in the High Court.

Iain is experienced in conducting Fatal Accident Inquiries and was previously a specialist Wildlife Crime prosecutor.

He regularly prosecutes in the High Court as an ad hoc Advocate Depute.

Douglas v HM Advocate, 2020 S.C.C.R. 288
Appeal against conviction on attempted murder charge. Whether attempted murder could be corroborated by ‘similar fact evidence’ from another charge, and whether evidence sufficient for active participation.

HM Advocate v WM (2019, High Court, unreported)
Defence of teenager accused of rapes and sending sexual images. After cross-examination of both complainers all charges were withdrawn by the Crown.

Timothy Cook FAI
https://www.scotcourts.gov.uk/search-judgments/judgment?id=812a87a6-8980-69d2-b500-ff0000d74aa7
Conducted the fatal accident inquiry into the death of a commercial pilot.