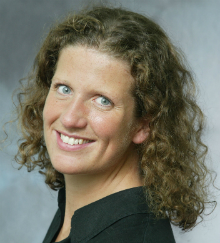 Jane Farquharson called to the Bar of England and Wales in 1992. In London she built up a successful criminal practice, both prosecuting and defending with an emphasis on cases involving children and sexual offences. She also maintained a family practice specialising in children and public law matters.

Since qualifying in Scotland she has enjoyed a busy junior practice, being led in a number of high profile cases and appeals and appearing on her own in the High Court and Appeal Court. Her methodical approach has made her a first choice as junior counsel assisting senior in some of the most notorious cases of recent times.

Brian Kelly v HMA
An SCCR referral against the rape conviction of a serving police officer. Challenging the methods of analysis in the first prosecution in Scotland relying on DNA evidence.

Kevin McAngus and Michael Kane v HMA
Reconsideration of the law of culpable homicide by the supply and/or administration of drugs. After a preliminary plea, this matter was referred to a 5 bench appeal court.

HMA v Peter Tobin
Junior defence counsel in the prosecution of a church handyman charged with the murder of Polish student Angelika Kluk.

HMA v Brian Howes and Kerry Ann Shanks
Defence counsel to Mrs Shanks facing extradition proceedings. As a family with four young children this case involved a compelling Article 8 argument and the right to a family life for the mother and each child.