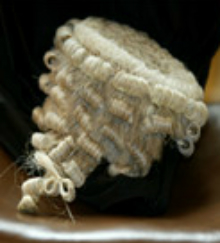 Jonathan has extensive experience and a very successful track record in defending accused persons in the High and Sheriff Courts over the last 20 years.
A busy senior junior counsel, he has taken the lead role in most types of criminal prosecution including trials for murder, baby shaking, rapes and historic sexual offences, drugs and serious road traffic matters. He has had successful outcomes in post-conviction hearings for Orders for Lifelong Restriction and Proceeds of Crime (Confiscation proofs) and represented parties at Sheriff court Referrals, Deportation Appeals and Fatal Accident Enquiries.

Jonathan has a no-nonsense approach and an ability to get on well with professional colleagues and clients alike and has often represented individuals with particular vulnerabilities and mental health problems. He has been described as a ‘safe pair of hands’ placing emphasis on his reliability and desire to obtain the best possible result for his client and instructing agents.

He has recently joined the Black Chambers having had his own stable for the last 12 years and was formerly a member of the McKinnon stable.

He has worked well with and learned from many of our most eminent and experienced senior counsel at the Criminal Bar and can be relied upon to ‘take over the reigns’ should senior counsel become unavailable.

HMA v Simpson – accused of the rape of 4 complainers – acquitted

HMA v May – accused of the rape of 2 complainers – acquitted

HMA v Dickie, Davidson and Glass – the ‘Kirriemuir murder’. Took over the lead the week before the trial when senior became unavailable in this high profile case.