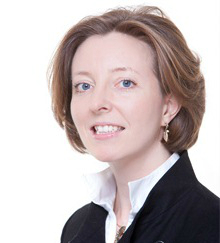 Leigh also has experience in criminal appeals both in relation to conviction and sentence. She has appeared as junior counsel to the Lord Advocate in an appeal before 7 judges regarding the operation of section 258(4A) of the Criminal Procedure (Scotland) Act 1995.

Prior to calling to the Bar, Leigh worked as part of the prosecution team in the successful prosecution of the former president of Liberia, Charles Taylor, before the Special Court for Sierra Leone. After calling to the bar, Leigh continued to be instructed in the Charles Taylor case, preparing the Prosecution’s final trial and sentencing briefs and then as appeals consultant.

Leigh was also a commercial lawyer for 6 years in private practice.

HMA v. Sinclair [2014] HCJAC 131 – junior counsel to the Lord Advocate in the first application to be made under the Double Jeopardy (Scotland) Act 2011; application was based on new forensic evidence and sought the retrial of an accused previously acquitted of the World’s End murders

HMA v. Coulter et al. [2014] HCJAC – junior counsel for the Crown in the second application to be made under the Double Jeopardy (Scotland) Act 2011

Beck v. HMA [2013] HCJAC 51 – junior counsel in a historic criminal appeal against conviction. The appeal was referred to the criminal appeal court following a successful application to the Scottish Criminal Cases Review Commission

Prosecutor v. Charles Ghankay Taylor, 2012 – part of the prosecution team which successfully convicted the former President of Liberia, Charles Taylor, for crimes against humanity and war crimes committed by rebel forces in Sierra Leone. Taylor was sentenced to 50 years in prison.