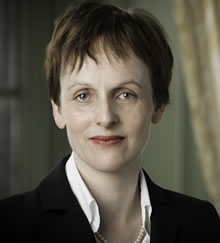 I have been an advocate depute since 2013, full time since February 2014, during which time I have gained extensive trial experience in prosecuting, in particular, sexual offences in the High Court (I have been based in the National Sexual Crimes Unit since April 2015). I have also dealt with the following: murder, culpable homicide, attempted murder, assault, wilful fire-raising, counterfeiting and misuse of drugs.

Prior to that, my experience included instruction as defence junior in prosecutions for high value breaches of fisheries regulations, people trafficking and sexual offending. I was Law Clerk to the Lord Justice Clerk 2009-2011, gaining experience of criminal and civil appeals. I spent three years working on a public inquiry into alleged state collusion in the murder of a terrorist prisoner in Northern Ireland (the Billy Wright Inquiry, 2006-2009) and later represented nurses in a public inquiry into deaths due to hospital-acquired infection (the Vale of Leven Hospital Inquiry, 2011-2012). I was formerly a solicitor, 1999-2004, two years of which were spent as a procurator fiscal depute and three years in the litigation department of Brodies WS.