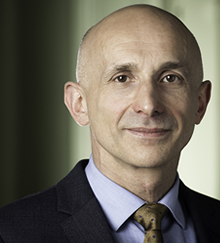 Lorenzo Alonzi has a wealth of experience in all areas of criminal practice at the bar.  He is primarily engaged in criminal defence work involving criminal trials, appeals against conviction and/or sentence, and confiscation of proceeds of crime.  He also has experience of prosecuting cases in the High Court as an ad hoc Advocate Depute for the Crown.

Lorenzo has considerable experience in handling cases of serious sexual offences, often involving young children and witnesses with mental impairment or psychological difficulties; he has a particular expertise in the handling of such cases and in the cross-examination of child and vulnerable adult witnesses.