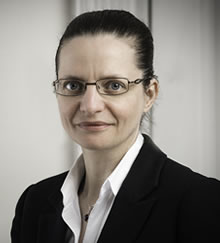 Since being called to the Scottish Bar in 2006, Margaret has appeared as both Crown and defence junior in the High Court of Justiciary. She established a reputation as a hardworking, organised and well prepared junior counsel and was routinely instructed by Crown Office. In April 2013 Margaret was appointed an Advocate Depute and more recently has been conducting trials as part of the National Sexual Crimes Unit within Crown Office.

As a solicitor Margaret appeared in the Sheriff Court, dealing with applications under the Mental Health (Scotland) Act 1984 (since repealed) and the Adults with Incapacity (Scotland) Act 2000. Margaret also dealt with debt recovery actions relating to non payment of rent and appeared before a Housing Benefits Appeals Tribunal. Her background in the voluntary sector and as a solicitor working for a local authority has provided her with experience in the fields of mental health, disability and social work.

HMA v Laughlin and O’Neill – instructed as Junior Counsel to the Crown; prosecution in respect of sexual abuse of teenage boys and grooming of a 5 year old

HMA v Parker, Smith, Coats and Wade – instructed as Junior Counsel to the Crown; prosecution relating to the detention, torture and murder of Lynda Spence