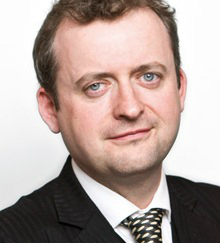 Before calling at the Bar, Michael practiced as a criminal defence solicitor for 9 years. He has been conducting jury trials in his own right since 1999 and has successfully defended clients charged with crimes including rape, lewd and libidinous practices, fraud, misuse of drugs, assault and other statutory offences. Michael has conducted crime related children’s referrals both as a Solicitor and as Counsel. Michael is regarded as empathetic to agents’ needs. He is also seen as adept at building rapport with clients from all walks of life.

HMA v McLaren and others, Lead Counsel on behalf of the 5th accused in what became Britain’s longest running trial with allegations of multi-million pound fraud, money laundering and Proceeds of Crime Act offences. The 5th accused was acquitted after 132 days of trial.

HMA v Farrell and others, Lead Counsel acting on behalf of the 4th accused who was charged with historical sexual and physical abuse whilst a priest at St. Ninian’s School, Fife. The 4th accused was acquitted after 43 days of trial.

Michael has also acted as Lead Counsel on behalf of many other clients charged with serious crimes such as historical sexual abuse, drug dealing, money laundering, serious organised crime, firearms offences and attempted murder as seen in cases such as HMA v Ridgway, HMA v. Gray and HMA v Cook.