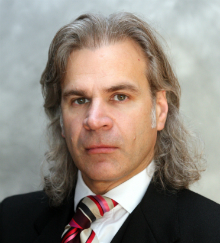 After 16 years as a solicitor in private practice and since calling to the bar in 2001, Ronnie Renucci is now established as one of the best instructed and most highly regarded members of the Criminal Bar. Regularly appearing in the High Court he has extensive experience in all areas of criminal law. Ronnie’s relaxed, confident style has proven popular with instructing agents and clients alike.

Ronnie was appointed Vice-Dean of the Faculty of Advocates in 2020.