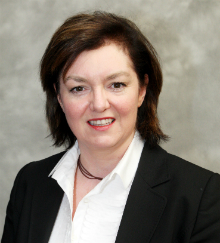 Sheena Fraser has extensive experience in all areas of criminal law. Prior to calling she was a Reporter to the Children’s Panel before spending 12 years in the Procurator Fiscal Service gaining valuable experience in court craft and in the preparation of complex cases. After calling, she was regularly instructed in the High Court and Sheriff Court in a wide variety of cases, both with senior and without. A particular area of expertise was sexual crime, including rape, pornography and sexual abuse. She was appointed an ad hoc Advocate Depute in 2008 and in 2009 completed the training required to become a skills instructor with the Faculty of Advocates Department of Training and Education.

Since 2010 she has tutored in Criminal Litigation on the Glasgow University Diploma in Professional Legal Practice course.

Also since 2010 Sheena has been a full time Advocate Depute within Crown Office conducting many high profile trials including a number of murder trials.