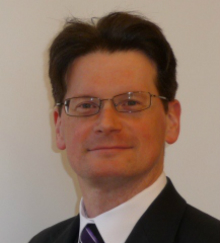 Prior to calling at the Bar, Steven worked as a solicitor for 2 leading Edinburgh Firms. As an Advocate, his practice covers all areas of criminal work in the Sheriff Court and High Court. His extensive trial experience includes murder and attempted murder, rape, fraud and forgery, drugs offences, sexual offences involving children and firearms offences. He also has substantial experience of cases involving sexual and other computer related offences. He appears regularly before the Appeal Court.

Steven was appointed as a full time Advocate Depute in 2014.