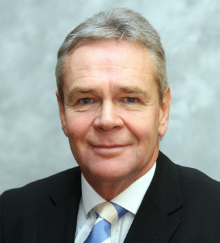 Ian Duguid is one of the most highly regarded Senior Counsel at the Criminal Bar, and is first choice for many agents throughout Scotland.

An experienced and renowned Queens Counsel, Ian has gained a broad range of expertise through a varied career including several years of service with the Attorney-General’s Chambers in Hong Kong, as a standing counsel to the Ministry of Defence and as an adviser to Her Majesty’s Government on offending related matters. He has acted as both prosecution and defence counsel in the High Court and Appeal Court, in some of the country’s most notorious recent prosecutions.

HMA-v- Gary Withey – alleged corporate conspiracy to defraud, in the acquisition of Rangers FC by Craig White from Sir David Murray. The accused Withey (Craig Whyte’s London-based lawyer in the acquisition) was acquitted of all charges.

HMA -v- Abdulkadir Cirik – UK’s largest ever seizure of controlled drugs (£0.5 billion worth of cocaine) on a Turkish crewed boat sailing between South America and Europe. Cirik (crewman)was acquitted of all charges.

HMA -v- Avril Jones – notorious case of the murder of Margaret Fleming by her 2 carers, serialised by the BBC in 2020 in “Murder Trial”